I believe any progress I’ve made with my singing was due in large part to working with great coaches I trusted and also my commitment to my own improvement. Without taking responsibility for my own growth, I don’t know that I would’ve made any real progress as a singer.

I spoke with a friend recently, an incredible musician and producer, who’s had to work with singers who just aren’t ready to be in the studio. I’m talking inexperienced singers who’ve somehow finagled big studios and big budgets and all the bells and whistles with no craft or understanding of how their voice works.

To say he’s been pretty frustrated in these situations would be an understatement. He’s just had to work with it and be super kind to the green artist in these predicaments, because with all that hustle and delusion comes lots of emotions, dreams, and fantasies that could easily spiral out of control, crashing and burning the session. He’s kind of resigned himself to fixing it in post.?

I have empathy both for my friend, but most especially for that singer who goes into a super pro situation not having done the real work. It’s just a part of their journey. I’ve had to reckon plenty of my own delusions in life, both musical and non-musical. I’ve been lucky enough that most of it has been in private or in the company of supportive friends. ??

I suppose that what anyone who wants to reach a professional level has to deal with that reckoning of talent with a lack of skill. Skill takes time, commitment and honesty. The honesty doesn’t need to be brutal, it just needs to be firmly present.

We had an awesome conversation about how @rohdebeth from @coastmusichermosa helps her students to hone their craft. I love this conversation. ?❤️? 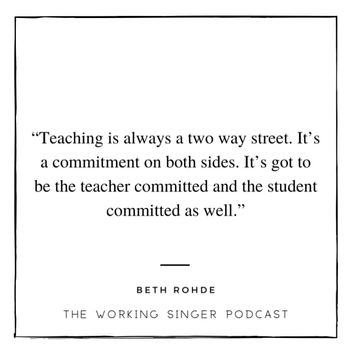